By AlbertoPEditOttobre 13, 2022CASE STUDY
No Comments

The Porto Aviation Group (founded by Alberto Porto) is an innovative Italian start-up, designing, developing, and producing airplanes of excellence among these the RISEN is the highest performance ultralight aircraft in the world.

In 2010 the very first prototype of Risen was made. Since then, many challenges were won and records broken. It took part in 2017 to the Quarter Around the World Challenge – from Italy to Uruguay 11,205Km.

In 2021 another long journey, from Italy to New York. This time Selcom, material supplier of multiaxials solutions was proud to be on board also as a sponsor.

For the construction of the Risen Alberto always relied on composites with vacuum infusion of laminated carbon fiber structures able to keep the entire airframe weight as low as 150Kg.

“Every detail as well as the overall shape of the aircraft were meticulously studied and optimized – Says Alberto as chief designer of the Risen. To achieve the goal, we wanted a high-quality carbon fibre product to further optimize the highly loaded composite aerostructures. The synergy of these optimizations resulted in an aircraft of spectacular efficiency. 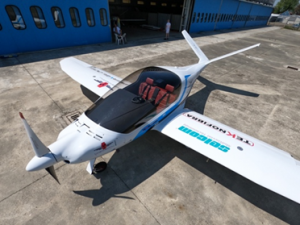 The team at Selcom was ready to take the challenge and to support with a structural, light weight (<230gsm) carbon fiber triaxial – CTXL series – derived from its S-MAX range. When the first laminates were tested, Porto Aviation engineers were impressed by the processability of the material. Mechanical properties and reduced manufacturing tack time have been the keystone for the rise of RISEN aircraft.

Beyond the quality of the product, Selcom’s attitude in terms of technical support and flexibility played an important role in support to this phenomenal challenge.

“It is true Selcom material performed in 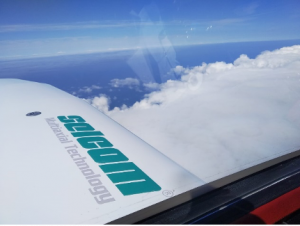 deed well on the Risen” said Alberto Porto “Nevertheless, when we took the decision to go for carbon fiber, we looked at many options and only Selcom offered us the complete package: high quality product and the upmost customer care level we were looking for to be successful.”